What babies tell us about housing

The suburbs are over, and young people are flooding into big cities. That has been the growing consensus of builders, Realtors, urban planners and even environmentalists during this housing recovery. However, it just may not be true.

Millennials are not flocking to big cities, at least according to newly released Census figures analyzed by Trulia’s chief economist, Jed Kolko.

While an outsized number of younger people have moved back in with their often suburban parents, that is not the primary driver of this growth. It is more because the suburbanization and ex-urbanization that was all the rage during the McMansion-fueled housing boom has slowed. Sure, the nation’s urban areas are growing faster than in 2006, but still not ahead of the denser suburbs.

So who is fueling growth in big cities? Babies, aged 0 to 4. The stroller set skews strongly urban, according to the Census data. Even though the overall number of young children declined, likely due to a still weak economy, it grew fastest in the most urban counties.

Having a baby has always been the greatest driver of homeownership, but with higher home prices in 2013 and higher mortgage rates, many young parents, potentially first-time homebuyers, have been unable to buy a suburban home.

Young, millennial parents are the key to a stronger housing recovery, as headlined by a new report from the Harvard Joint Center for Housing Studies.

“Much of the sluggishness of household growth relates to lower (growth) rates among this age group—driven not only by a slowdown in immigration but also by the increasing share that continue to live in their parents’ homes,” noted Harvard researchers.

More than 2 million more adults in their 20s and 300,000 more adults in their 30s were still bunking in with their parents in 2013, compared with prerecession levels. The hope is that as the job market improves, these young people will move into homeownership, but the odds are that they will choose to rent first. Even though rents have skyrocketed in the past few years, renting does not require a down payment nor high credit scores to qualify for a loan.

Witness one of the nation’s largest home builders, Miami-based Lennar, which reported strong second-quarter earnings Thursday. The company recently branched out into multifamily apartment construction and now boasts around 17,000 units. Lennar expects to sell its first apartment community in the third quarter of this year.

“While our homebuilding business remains the primary driver of our earnings growth, we are extremely well-positioned across all of our platforms to capitalize on the opportunities of a recovering market,” noted Lennar’s CEO, Stuart Miller.

In a conference call with analysts, Miller added that the millennial generation will fuel Lennar’s apartment investment, which he deemed, “an excellent complement to our primary homebuilding business.”

Apartment rental demand continues to be very strong, in both large cities and smaller metropolitan markets. The trouble is that with higher rents today, rental affordability is also weakening.

“More than a third of U.S. households live in housing that exceeds their means,” noted Harvard researchers. “For renters, this is indeed a crisis of affordability.” More than half of all renters, they found, are “cost-burdened,” and 28 percent pay more than half their income on housing. This makes renters unable to save for that first home. 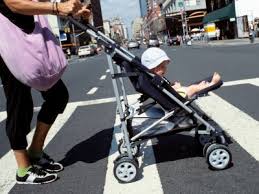