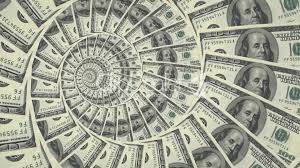 A new small business study, engineered by two Oregon firms, suggests that entrepreneurs are more driven by the potential for freedom and the chance to work at a job they love than they are by money.

The 2013 State of the Business Owner Report, released by Ashland-based business coaching firm EMyth and based on a methodology designed by Portland-based PixelSpoke, found that money ranks fourth among the reasons that small business owners start new ventures.

The report hints that entrepreneurs want more guidance and insight. However, some 85 percent of business owners feel they have a “competitive advantage” over their peers. EMyth’s counselors, as a result, consistently tell clients they need to keep that confidence in check.

“My business was broken and I didn’t even notice until it was almost too late,” Busse said in a release. The issue, he said, was that the company took on too many project-based clients with the hope of boosting revenue.

“I realized I would never get control by just focusing on revenue,” he said. “I needed a more sustainable business model to weather the economic ups and downs.”

Busse eventually reversed his business’ fortunes by shifting to a retainer-based revenue model.

The business owners responded to the 60-question online survey in early 2013.

Among other findings, the report found that 85 percent of business owners have written company values, and that 70 percent of them use those values to gauge new hires.

However, only 44 percent believe their employees examine those values in their own daily decision making.