Rental Vacancy Rate Lowest in More Than a Decade 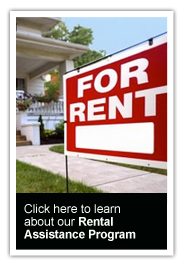 “Demand has been so strong to push vacancy rates to such a low level, yet we haven’t seen rent growth of the magnitude we would normally expect,” says Reis senior economist Ryan Severino.

The average effective rent — which is the rent landlords charge after incentives such as a free first month — in the third quarter increased by 3 percent year-over-year. With such low vacancy, rents normally would grow by about 4 percent to 5 percent year-over-year, Severino says. Stagnant job and income growth are what has held rents back, he added.

New construction of multifamily homes is expected to help offset low vacancies next year and could also help slow the increase in rental rates, Severino says.

The two cities with the highest effective rent increases were San Francisco and San Jose, Calif., which both increased 2.2 percent. San Francisco saw rents at $2,043 per month while San Jose was at $1,686. New York had the priciest rents in the country with an average effective rent of $3,049, according to Reis. Meanwhile, Wichita, Kan., had the lowest rents at $529 per month.