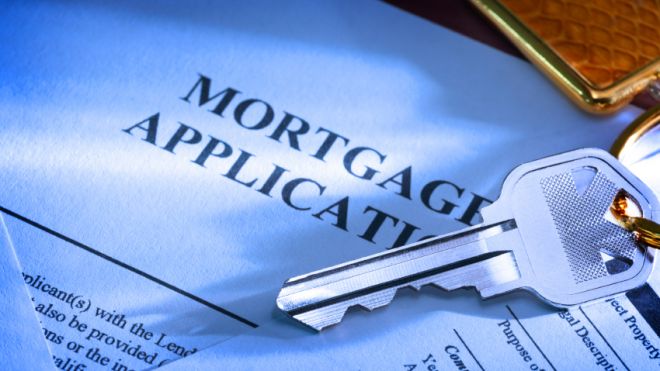 Mortgage rates managed to move lower today, generally erasing yesterday’s increases.  There was very little by way of market-moving events to motivate the changes.  Considering that yesterday’s higher rates were contrary to the underlying market movement, today can be viewed as more of a correction to previous volatility, with no profound comment on future momentum.  Whereas the most prevalently quoted conforming 30yr rate for top-tier scenarios (best-execution) had been closing in on 4.625%, today’s strength keeps 4.5% firmly intact for now.  When adjusted for day-to-day changes in closing costs, rates are 0.03% lower on average today.

Unlike nearly all of 2013, the current communications coming from the Fed leave far less to markets’ collective imagination.  Back then, we could only guess as to when “enough would be enough” with respect to economic improvement justifying the start of tapering–the regularly scheduled reduction in the amount of bonds bought by the Fed.

All things being equal, lest bond buying from the Fed puts upward pressure on rates, though much of that move higher has already made its way onto lender rate sheets simply because the expectations are so clearly laid out this time.  The Fed has been much more unified in 2014, saying that there is a very high bar to altering the current pace of tapering.

Additionally, the Fed’s guidance on raising short term interest rates (which have a less direct effect on mortgage rates, but an effect nonetheless) has been increasingly clear.  There was some suggestion that Chair Yellen made a mistake earlier this week in saying that it would be about 6 months between the time bond purchases wrapped up and the Fed’s first hike of it’s target rate.

While it’s true that such statements can cause short term volatility, it’s akin to “ripping the bandaid off.”  Markets have quickly moved on, already benefiting more from the clarity than deteriorating from the message.  It’s because of this increasingly clear message that markets now do more to move on (or move back, as the case may be) to the old-fashioned observation of economic data  to provide guidance on rate movements.

This isn’t to say that economic data hasn’t provided guidance recently, but over the past year, the activity has been more about honing in on only a few economic reports thought to provide the most insight on what the Fed MIGHT do.  Now that we know what the Fed WILL do and IS DOING to a much better degree, we can broaden our assessment of economic data, ultimately leading to more logical cause and effect scenarios.

This also benefits volatility as the economic movements are no longer running the risk of single-handedly affecting Fed policy in the same way some of the 2013 Employment reports might have.  Another benefit to volatility is that we’re no longer dealing with guesswork relating to the Fed’s bond purchases (more of a direct effect on mortgage rates) and instead will only be seeing some level of conjecture about the movement in the Fed Funds Rate (less of a direct effect on Mortgage rates).

All this to say: we stand the best chance in a long time to get back to basics when it comes to the economy and rates.  The next two weeks offer lots of economic data to help assess that possibility.  Without regard to the data, rates are nearer there recent highs, and aggressive floaters who understand the risk of loss can use the recent highs as a ‘stop-loss,’ meaning they’d lock at a loss if rates were to rise back above yesterday’s levels.  Otherwise, we don’t have much incentive for floating or locking until March economic data starts coming into focus (but expect locking to be a better idea if the data begins the strengthen–thus confirming much of the slowdown of the past two months to be at least somewhat weather-related).

“After the large sell off on Wednesday, we appear to have stabilized at these levels. It also happens to coincide with the high end of the recent range which may mean floater are to be rewarded. As always, be at the ready, but floating over the weekend may pay off.” –Brent Borcherding, Capital M Lending

“It appears that most bond traders are already watching college basketball. Pretty uneventful day, but MBS are moving higher which has allowed a few lenders to already reprice better. Since the FOMC statement and press conference which slammed rates, I have favored floating and I continue to favor floating over the weekend. It appears traders are awaiting further economic data and we don’t have any major reports hitting on Monday.” –Victor Burek, Open Mortgage