Mortgage Rates Modestly Higher, Some Lenders More Than Others 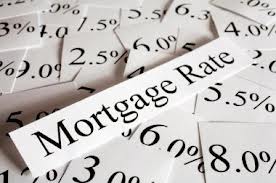 Mortgage rates were higher on average on Wednesday, though some lenders didn’t move with the rest of the pack.  On one end of the spectrum, a few lenders were unchanged vs yesterday, but the bigger deviations from the pack were at the other end where several lenders moved rates significantly higher from Tuesday’s latest offerings.  Those, however, are the exception to the rule as the average lender was just slightly higher in cost today with Best-Execution remaining at 3.375% for Conventional 30yr Fixed loans.

In terms of market movements, the day so far has been something of a carbon copy of yesterday’s session.  Bond markets improved overnight and have been mostly weaker today.  This means that the prices of MBS, or Mortgage-Backed-Securities, have been steadily–even if gently declining, resulting in slightly higher borrowing costs or rates.  To reiterate the point on Best-Execution, it’s not really RATES themselves that would move higher today as much as it’s the closing costs.  Bottom line: a rate quote is about the RATE and COST.  The cost side of the equation moves in much smaller, more measurable increments, while a majority of lenders separate rates into 0.125% increments typically.

It’s worth mentioning that today is the first decidedly negative day for rates since the major moves higher seen in the first week of the year.  Since then, we’ve gradually descended from a 3.5% Best-Execution back into 3.375% territory.  That’s left the lock/float outlook recently more balanced with some incentive to lock for those who were floating in early January.  Today’s weakness will either prove to be a pause along a path toward even better rates, or an early opportunity to avoid a more pronounced run back to higher rates.  The magnitude of those disparate paths is roughly equal at current levels and relatively muted in both cases.

“Yesterday was the first time rates definitively regained the .125% that was lost as January kicked off. Since rates rose to start the year, we’ve been readying client files for the next dip and yesterday’s dip is holding today. We’re continuing to lock today for clients who are ready to go (which means they’ve provided all their updated income and asset documentation and authorized a credit check).  ” –Julian Hebron, Branch Manager, RPM Mortgage.

“Quiet day today as market continues to confirm the new range. In the absence of any compelling data or drama, I look for stable rates near term. Locking or floating is still a matter of risk tolerance. Most of my pipeline is locked, but I wouldn’t object if a client wanted to float, would just be sure we had clear goals in place prior ro doing so! ” –Ted Rood, Senior Originator, Wintrust Mortgage.