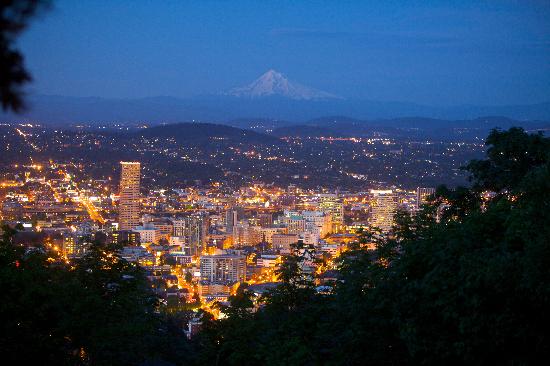 The millennial generation (Gen Y) was responsible for about one-third of residential real estate transactions in 2013. In his session at Agent Reboot, real estate coach and trainer Travis Robertson shared how Gen Y is already reshaping the real estate buying and purchasing process.

Much has been written about the differences between baby boomers and Gen Y, but we are just beginning to see how these differences are playing out in real estate. Like it or not, with the median age of Realtors at 57 and the median age of first-time buyers at 31, both generations must learn to adapt to each other.

Robertson outlined some rather surprising facts about what to expect when you work with Gen Y, as well as how you can best serve them.

1. Let Gen X buy the McMansions
“Keeping up with the Joneses” was a way of life for many boomers. As a result, more than 50 percent of Gen Y kids come from divorced homes. The causes that Gen Y most often cites for their parents’ divorces are communication and money problems. Many believe that these problems stemmed directly from having big houses.

While Gen X is buying up the McMansions (big houses on smaller lots), Gen Y wants something quite different. They watched their parents struggle to make their house payments and the arguments that ensued. This was exacerbated by the fact that the big houses also meant there were plenty of places you could go to avoid having to communicate with other family members.

The upshot of this is that Gen Yers want smaller houses on smaller lots. This puts less financial strain on them and it also forces the family to interact more with each other.

2. The suburbs are a snooze fest
Because many members of Gen Y experienced bussing or were exposed to more culturally diverse environments, they often find the suburbs to be boring. The “burbs” lack the diversity and buzz of many urban centers.

Most urban areas are culturally diverse. There are people from different places in the world, along with the music, food and arts that their culture brings. Gen Y has been brought up that they’re supposed to get along with everyone. They love that people are different and actively seek out those differences.

The challenge for Gen Y is that their baby boomer parents have also discovered how great the urban lifestyle is … [which is forcing] these younger buyers out to the suburbs.”

This is exactly what makes urban living so attractive to millennials. The typical urban area supports all income levels. It’s quite common to have hip owners of startups living in penthouses in downtown high-rises; artists, musicians and designers living in condos or lofts in mixed-use commercial areas; and locals who have owned their funky old houses for years prior to the regentrification.

This has also led to an important building trend called “infilling.” This refers to builders coming in and building or remodeling in-town properties to meet the needs of hip, downturn urban dwellers.

The challenge for Gen Y is that their baby boomer parents have also discovered how great the urban lifestyle is. Unfortunately for the Gen Yers, the boomers still have more cash and often force these younger buyers out to the suburbs.

To address this issue, many builders are now creating urbanized centers in suburban areas. For example, I live about 25 minutes from downtown Austin. Two miles from us, however, is a new urban center with lots of shops and restaurants, a town square where they have concerts, regular events for kids, a movie theater, sports bars, a library and a bookstore. There’s a Whole Foods market, a farmers market nearby on Sunday, and a walking trail that caters to those seeking a healthier lifestyle.

3. Eco-sensitivity
Robertson cited statistics showing that currently 57 percent of all members of Gen Y prefer products that are environmentally friendly. The research suggests that this number is still increasing and will soon hit 60 percent.

Again, builders are responding to this trend by building homes with energy-saving appliances, as well as insulation made from soy or other natural products. While these features are not as cool as granite counter tops or stainless steel appliances, they are often extremely important to Gen Yers’ decision-making about where and how they want to live.

4. Walkability
An offshoot of eco-sensitivity is “walkability.” Many millennials would prefer to walk or ride their bikes as opposed to driving long distances to work. This also plays into their needs to live healthier lifestyles. As Robertson explained, urbanized life doesn’t have to be urban life.

Gen Y not only seeks a new vibe in terms of where they live, but they are also reshaping how they expect their Realtor to deal with them.