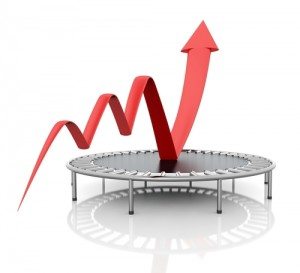 Existing-home sales increased 6.5 percent to a seasonally adjusted annual rate of 5.39 million in July, up from a downwardly revised rate of 5.06 million in June, according to the National Association of Realtors (NAR).

“Mortgage interest rates are at the highest level in two years, pushing some buyers off the sidelines,” said NAR Chief Economist Lawrence Yun in a statement. “The initial rise in interest rates provided strong incentive for closing deals.  However, further rate increases will diminish the pool of eligible buyers.”

Housing inventory rose 5.6 percent month over month to 2.28 million existing homes in July, representing a 5.1-month supply of homes at the current rate of home sales, NAR said. That’s down 5 percent from a year ago, when there was a 6.3-month supply, according to the trade group.