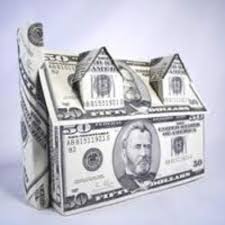 The U.S. Department of Housing and Urban Development (HUD) and the U.S. Department of the Treasury today released the May edition of the Obama Administration’s Housing Scorecard. The scorecard summarizes the current status of the nation’s housing market using data collected from a number of sources such as RealtyTrac, S&P/Case Shiller, CoreLogic, National Association of Realtors and the U.S. Census regarding home prices, foreclosures, residential construction, and home sales. Most of this data has been previously reported by MortgageNewsDaily.

“As the May housing scorecard indicates, the Obama Administration’s policies and actions over the last four years to speed housing recovery are continuing to show important signs of progress,” said HUD Deputy Assistant Secretary for Economic Affairs Kurt Usowski. “In the first quarter of 2013, homeowners’ equity grew by more than $815 billion, reaching its highest level since the first quarter of 2008. Despite the positive news, we have important work ahead since there are so many families and individuals still ‘underwater’ with mortgage balances higher than their home’s value.”

Since the last report which covered MHA activities through March 2013, 16,703 new loan modification trials have started through HAMP. This brings the cumulative total of trials initiated to 2.033 million since the program began in April 2009. Trials were converted to permanent status for 11,966 since the last report and there have now been a total of 1.191 million permanent modifications implemented. Permanent modifications that remain active as of this date number 870,038 and there are 67,855 active trials.

HAFA provides options to homeowners who are willing to exit homeownership but wish to avoid foreclosure. It typically involves a short sale to a third party or a deed-in-lieu of foreclosure. The program has provided alternatives to 153,964 homeowners. GSE borrowers represented 42,489 of the interventions, 43,207 of which resulted in short sales and 282 in deeds-in-lieu. Of the 114,475 non-GSE mortgages resolved, 108,335 resulted in short sales and 3,140 in deeds-in-lieu. Since the last report a total of 13,530 cases have been resolved through HAFA.

UP provides temporary forbearance of mortgage principal to enable unemployed borrowers to look for a new job without fear of foreclosure. It has served 32,840 borrowers, 686 since the last report.

Servicers are also effectively evaluating homeowners’ eligibility. The “second look disagree” category which reflects the rate at which the Treasury Department’s review of case files conflicts with servicers’ decisions not to assist the homeowner reflected only a 1 percent disagreement rate among top servicers.

“We have kept the pressure on the mortgage industry to step up its efforts, which has helped millions of families access relief in a historic housing crisis,” said Treasury Assistant Secretary for Financial Stability Tim Massad. “Making Home Affordable provides standards and accountability for the mortgage industry that will now help additional homeowners avoid foreclosure through 2015.”