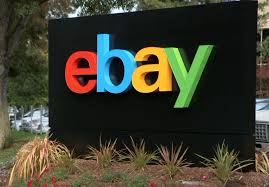 EBay has been quietly growing in Portland since 2010 when it purchased mobile development company Critical Path Software. The Silicon Valley stalwart is now upping the ante, with aggressive growth plans that could see its downtown office balloon to 400 employees.

The San Jose, California-based e-commerce giant already has more than 200 employees, all focused on the company’s mobile development. Today, the company announced that its Portland-based Vice President of Mobile Product Kevin Hurst is taking over the general manager role of the Portland operation. The office consists of five floors, roughly 70,000 square feet at 1400 S.W. Fifth Ave.

Last year, apps developed by the Portland office did $20 billion worth of commerce which translates to one third of eBay’s marketplaces business globally, Hurst said.

“It’s an important piece of eBay’s future,” he said.

Part of Hurst’s new role is community outreach. The company is building out community space at its office that it wants local groups to use, free of charge.

Hurst envisions tech talks, hackathons, happy hours (there will be all-but-required startup games, like ping pong, as well as a five-keg kegerator) and meet-ups.

When eBay landed in Portland, following the Critical Path acquisition, it inherited roughly 50 employees. A major driving force behind raising the company’s Portland profile is retention of the more than 200 employees it now has, as well as attraction of new employees.

Last year, the company added 35 people in Portland, the majority coming from the local market. Currently, there are 20 open positions at the office and 12 new people have been hired this year. As mobile becomes a more important part of the eBay business, the need is only expected to rise.

To do that, he is building on the existing culture of the office. Plus, he noted, the company has an advantage of being an industry leader, which means desirable technology to work on and hard problems to solve.