Become a millionaire by seeking growth 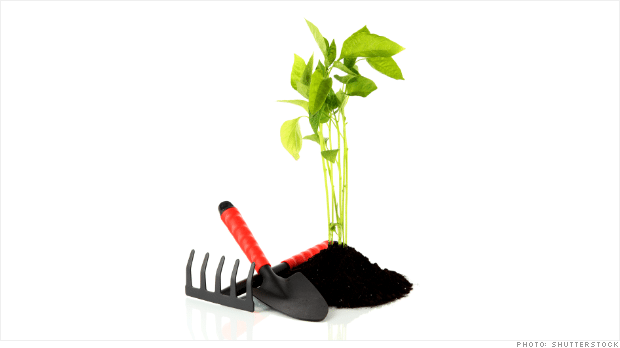 Nurture the growth potential of your stock investments, real estate holdings and your own career.

In this How to Reach $1 Million special report, you’ll see how following five cardinal rules of business management can pay off for you personally. You’ll discover how a sensible, businesslike approach to your personal finances can speed up the time it takes to get you into the millionaires’ club.

This story explains how going for growth can take you to millionaire status.

Even in the depths of the financial crisis, the best businesses never lost sight of future growth.

When profits stalled and credit was scarce in 2009, for example, Pfizer took a huge gamble by acquiring rival Wyeth for $68 billion. Since then, Pfizer’s shares have beaten the S&P 500 by 5.5 percentage points a year.

The lesson? Even when the economy looks bleak, always anticipate your next big move.

Invest in the emerging middle class. In every era there are demographic or technological trends that open up opportunities for faster-than-average growth. For instance, had you bet $100,000 on Chinese industrial and commodity stocks a decade ago, you’d have about $350,000 today. That’s $150,000 more than if you had invested the same sum in the broad S&P 500 — even accounting for the recent slide in Chinese equities.

Going forward, the focus shifts to emerging-markets consumers. An Ernst & Young study says the number of people in Asia who can spend $10 to $100 a day will more than triple to 1.7 billion in 2020, from 525 million in 2009. “This is not just a one-year call,” says Rajiv Jain, manager of the Virtus Foreign Opportunities Fund (JVIAX).

You can gain exposure through Jain’s portfolio, an ETF such as EGShares Emerging Markets Consumer (ECON), or a stock like Unilever (UL)(UL), which derives almost 60% of sales of brands like Lipton tea and Dove soap from the developing world.

Double down with a duplex. The U.S. apartment vacancy rate has fallen by almost half over the past four years, reports research firm Reis, while rents last year rose by almost 4% in big markets.

How can you maximize your rental-income dollar? Think duplex or triplex.

In some markets you’d pay about the same for a duplex as you would for a single-family home. Yet your monthly take could be far higher.

Even factoring in higher maintenance costs and turnover on the duplex, Reed figures you could pocket $400 more a month in cash from the duplex, assuming a $150,000 loan.

Another selling point: Fannie Mae allows you to finance properties with up to four units just like a single home.

Freshen your credentials — the right way. Don’t assume you need an MBA. While workers with professional degrees make $1.7 million more over a lifetime, on average, than holders of bachelor’s degrees, an MBA — which can cost more than $100,000 — may not pay for itself if you’re in the last third of your career.

“Are they really going to make you senior enough where it’s going to be worth it?” asks Kofi Kankam, CEO of Admit Advantage, a college-admission advisory firm.

If you’re in your midfifties or beyond, a relevant certificate is more cost-effective, he says. For instance, within computer services, tuition for a one-year certificate in online security can cost you as little as $5,000.

Meanwhile, a recent study by Georgetown University’s Center on Education and the Workforce found that certificates, on average, raise the pay of workers with associate’s degrees by 6% and bachelor’s degree holders’ pay by 3%.

Sharpen your image. In a perfect world, jobs and salaries would be based only on skill, education, and experience. In reality, there are less substantive factors.

University of Texas economist Daniel Hamer-mesh found, for instance, that attractive people earn 13% more, on average, than folks with below-average looks. That can add up, potentially, to $240,000 or more in cumulative pay, assuming a $40,000 average salary.

That means it’s time to polish your looks. You don’t have to do anything extreme. Maybe you buy a few new suits. Perhaps you invest in an expensive haircut to look more contemporary, says Alexandra Zaporozec, managing partner at Marengo Hampshire Partners, an executive search firm.

At the very least, these steps should give you more confidence—and that can’t hurt your performance at work.

…overpaying for an acquisition. Bidding wars for houses are becoming the norm again, as inventories are still low. Once sellers step off the sidelines, though, more homes will be available, so you may not have to go above asking price.