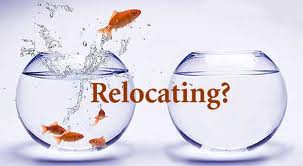 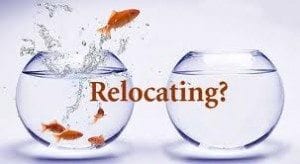 When the going gets tough, Americans move around.

That’s been the pattern, at least, for much of the nation’s history, with workers heading for greener pastures when prospects near home dry up.

The rate of “internal migration,” as such movement is called, has slowed considerably during the past decade, largely because jobs have been scarce in most parts of the country and a housing bust made it particularly difficult for homeowners to sell without bearing a loss. On top of that, many recent college grads have $20,000 or more in student loans, and living with their parents is an easier way to pay it off than moving away and starting an uncertain job, if they can even find one.

But people have been moving all the same, which is extremely important for the economy, since labor mobility draws people out of stagnant areas to places with better jobs and a brighter economic outlook. Demographer William Frey of the Brookings Institution has analyzed Census Bureau data to determine internal migration trends among big metropolitan areas with more than 1 million residents. His data exclude population growth due to birth or death rates or the immigration of foreigners, so they reveal which big cities working-age Americans are leaving and flocking to. Here are the 10 newest opportunity cities drawing workers looking for better jobs and a higher standard of living:

The 10 cities attracting the most people have a few basic commonalities. All but Charlotte have an unemployment rate below the national average of 6.7%, usually because local industries are doing well. In Austin, Seattle, and Portland that industry is technology or related to technology. Houston, Oklahoma City and San Antonio are benefiting from the resurgence of oil and gas drilling and transportation. Charlotte, Columbus, Raleigh and Denver are luring businesses with lower costs than they’d bear in other big cities plus a more easy-going lifestyle than typical in the Northeast or on the West Coast.

On the other end of the scale, big, costly cities are losing people as old industrial companies clear out and residents get tired of expensive living and, often, cold winters. Here are the 10 cities losing the most people to internal migration:

To some extent, one city’s gain is another’s loss, yet there is economic revitalization that comes with people shunning places of declining opportunity for places with more. Cities that are losing people have a choice: Either come up new ways to reverse the brain and people drain, or decline indefinitely and suffer the dilapidation that comes with it. Some cities, inevitably, will never reverse their decline. But cities that do recover will once again compete with other opportunity cities for the best companies, most rewarding jobs and most engaged citizens, forcing everybody to raise their game.

What forecasters don’t know is whether overall migration rates, which are far below typical levels, will pick up as more home owners list their homes and workers begin to perceive better job opportunities, whether nearby or farther away. What we do know is that moving around generally helps create more opportunity and economic activity. The trick these days may simply be figuring out where to go